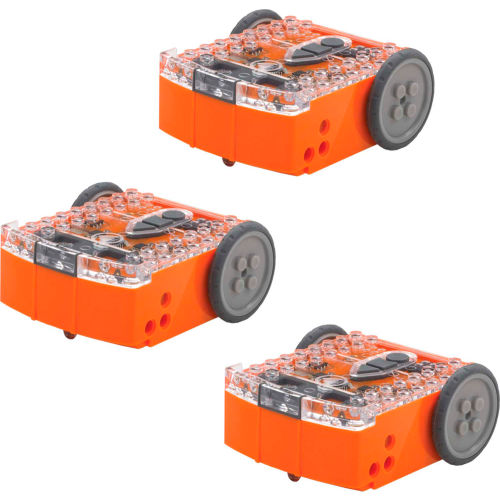 Named to reflect an "inventive spirit," Edison Robot is the result of a genuine passion for innovation and a vision to make electronics, engineering, robotics and programming accessible to as many people as possible. These LEGO® compatible educational robots are clean, safe, reusable, expandable and robust, providing students across all grade levels, from ages 5+, with a range of combinations, and possibilities.

Along Edison's face are Lego-compatible plates that allow the Edison robots to be scaled up into sophisticated creations, or even combined and doubled up for a more complicated system. Each Edison robot features a host of sensors and can be programmed using a growing number of FREE software applications:

One Edison can communicate with another over IR, with the units also able to be programmed by and controlled with TV and DVD remotes. Each bot is powered by a set of AAA batteries.