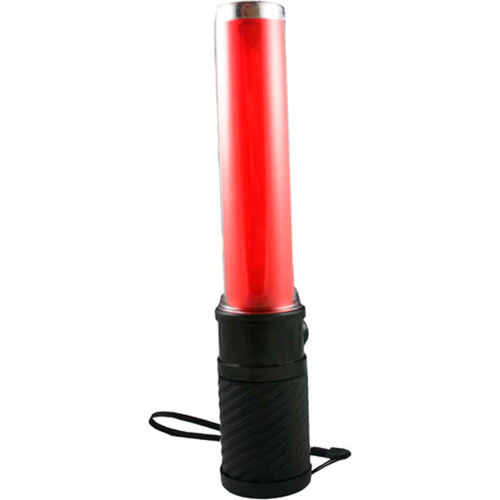 was $34.99
Save $13.49 (38.55%)
Usually ships in 2 to 5 days
Add or Change Zip Code(s)
FlareAlert's LED 2 in 1 Traffic Baton is both a flashlight and a baton that can be used for directing traffic. The super bright flashlight contains 12 white LED's. The baton contains 30 red super bright LED's. There is a magnetic base that allows this baton to stick to vehicles. This baton is operated using 3 AA batteries, not included. There are four operating modes: Baton Flash, Baton Steady, Flashlight, and Flashlight with Baton Steady.