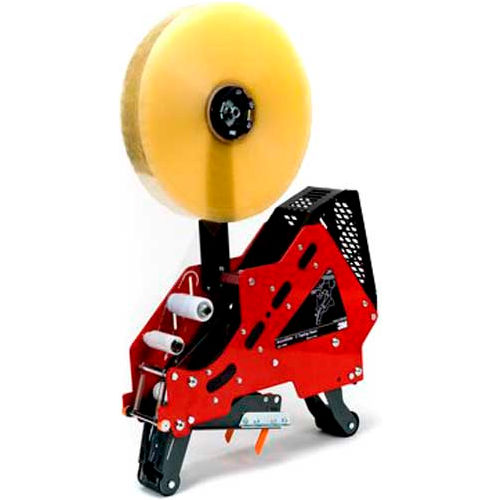 Taping Process: A regular slotted container is placed on the conveyor and pushed onto the drive belts of a 3M-Matic™ case sealer, which convey the box into the 3M™ AccuGlide™ 3 taping head. The 3M™ AccuGlide™ 3 taping head applies Scotch® pressure sensitive film box sealing tape at the leading end of the box, continuing along the center seam to the trailing end. This is called a "C" clip application. The taping head cuts the tape as it is being applied. After the box is securely sealed, it exits the case sealer. The taping heads usually function in pairs to tape two seams of a case. When they tape the top and bottom, the taping heads are mounted in an upper and lower configuration. The taping head can also be mounted for sealing a case lying on its side.