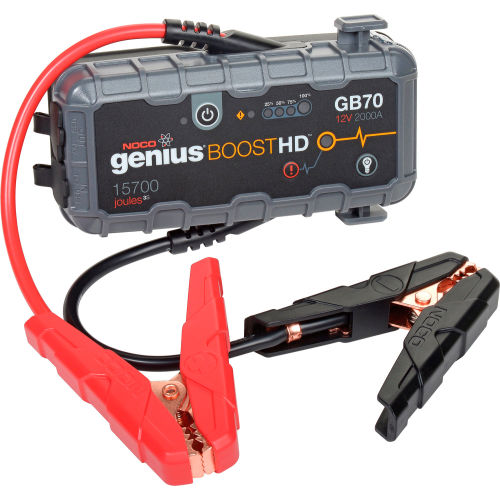 The GB70 is a portable lithium-ion battery jump starter pack that delivers 2,000-amps (15,700 J3S) for jump starting a dead battery in seconds. It features a patented safety technology that provides spark-proof connections and reverse polarity protection making it safe and easy for anyone to use. It's a powerful battery booster that doubles as a portable power source for recharging USB devices like a smartphone, tablet and more, or powering 12-volt devices like a tire inflator, power inverter and much more. This battery jump starter pack is also designed for cars, boats, RVs, trucks and more with gas engines up to 8 liters and diesel engines up to 6 liters.